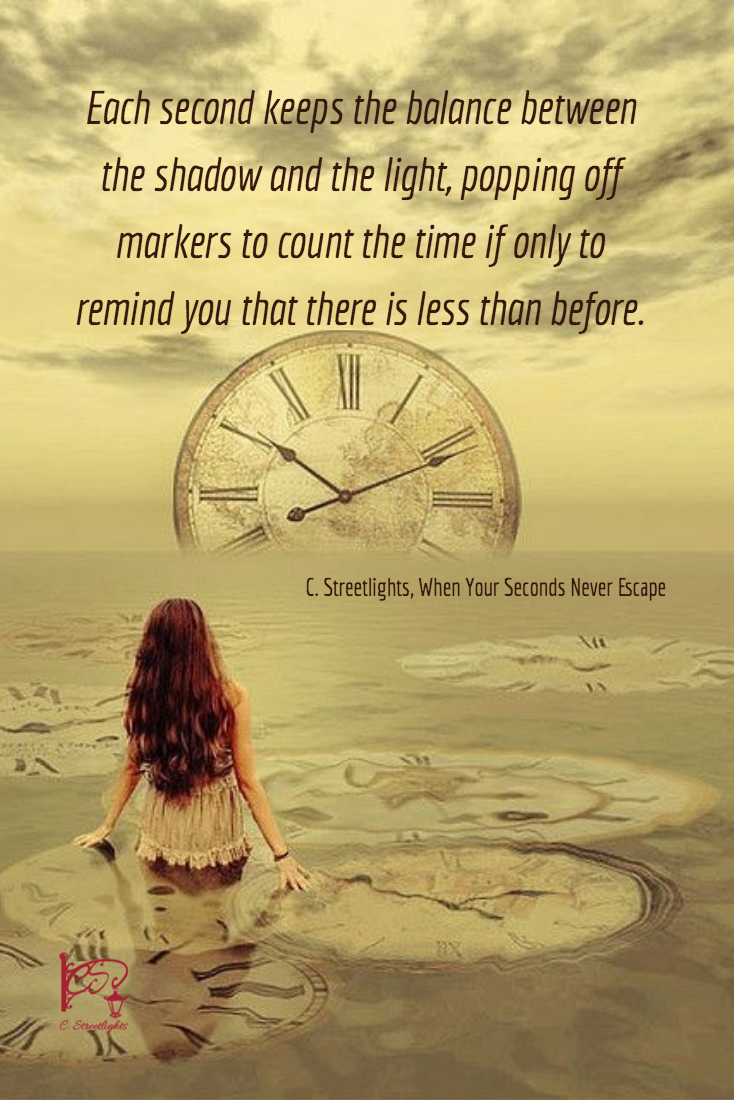 Our lives keep score in patterned seconds in spite of our desire to avoid keeping time. The world might have silenced the deafening sound of decision-making by syncing satellites and burning Rome’s numerals in order to make it seem as if it is effortless to carefully consider choices, but there are those of us who know better.

We remember somehow growing smaller in our school desks each time the slender line bobbed for the next line and we didn’t know the answer, each second multiplying by a clamor until it became so monstrous we would have confessed to hiding a heart under the floorboards. There is different feeling of anticipation for recess than there is when compared to the dismissal from school. Each second between hours know their role. They fall in proper order to build up to the thundering ticks counting down to summer vacation only to begin slowly mark the the seconds down to the first day of school again.

Each second keeps the balance between the shadow and the light, popping off markers to count the time if only to remind you that there is less than before. The many seconds that fly through the air with our laughter and happiness, evaporating quickly almost like lightning bugs. We think we’ll never forget those moments. Those seconds escape the jar first.

And then there is the bizarre stretchiness and miraculous ability of one second feeling like one hundred while counting through contractions or the soft glowing seconds while rocking as I nursed babies. Or how when I close my eyes, I can recreate the sound of a second’s hand taunting me, its ticking growing louder with each cramp and contraction that surrounds me with false promises. People tell me I’ll forget these moments, but they never evaporate and they stay in the jar forever.