#Reverb11
Reflect.
In the northernmost city of Denmark, in a resort town called Skagen, you can watch the Baltic and North Seas come together.  Because of the different densities in each body of water, the tides are unable to merge together freely into one. 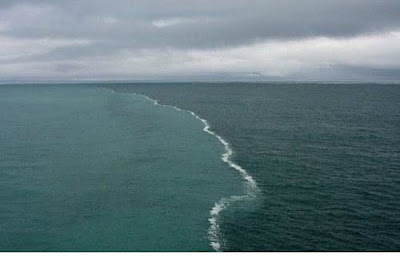 When does one year officially end and a new one begin?  Do the two years neatly transition from one to the other seamlessly, or is it more like these tides, rushing together in one force never to merge?
2011 is now gone, taking with it a multitude of memories.  The tide of this year washes in and out, tickling ankles and attracted to moons that are long past risen.  Looking past on the year, the hardships that overwhelmed it begin to look smaller on the horizon.  It is easier to breathe.  2012 is now here, rolling in with the evening, light and curly, ribboning out to embrace all that might arrive.  It greets the many joys that we encountered in the previous year and allows them to whisper its memories to it before it rolls out again.
But unite together?  I think it would be impossible.  One year is gone, never to be repeated.  Another is to be encountered as new each day. The two together can only ever meet in the middle, sometimes breathing life into the other while other times slowing the momentum.
The densities are different.  Heavier and lighter, thicker and thinner.  Sometimes one or the other.  Or both.  We swim along these tides each year, wishing well to one while greeting the other.  And soon, we will be carried out to sea, breathing in the air of a new year, the sun freckling us with new experiences, and our sails filled with chance.
A yearly journey to this meeting point and back again.  The oceans are meant to be travelled, after all.
#Reverb10 Flashback

3 thoughts on “the tide”