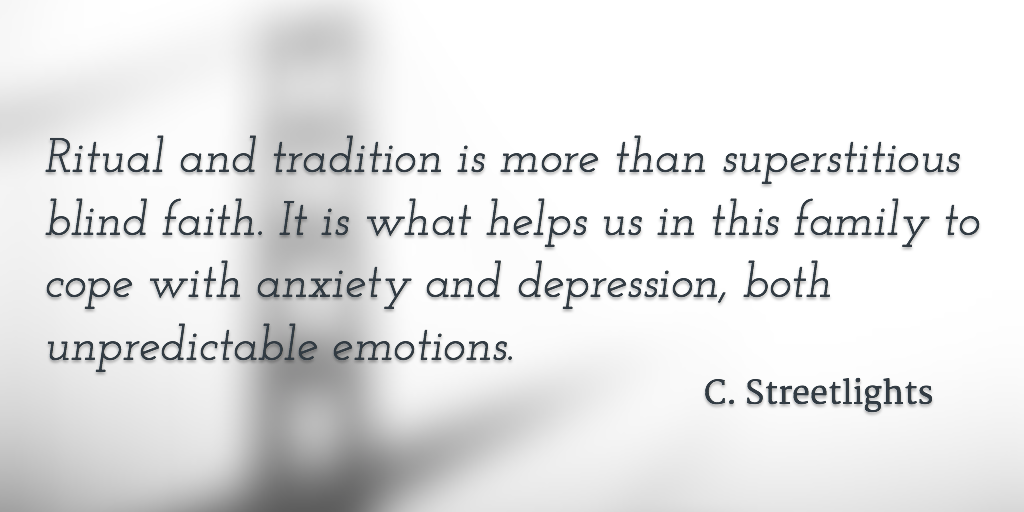 This new school year started off with a deflated whimper for this household. Usually my man cub is excited to be back with his friends and this year is his 9th grade year — so many things to look forward to. My little girl will be starting preschool after Labor Day and is probably more excited about her new backpack. But the night before the first day of school was not filled with the usual traditions we celebrate together because the mama was down with a kidney stone from hell.

My son is pretty low maintenance when it comes to back-to-school shopping, so as far as clothes were concerned he felt prepared. Other than his favorite monkey t-shirt that has gone missing, he was pretty content with a new pair of socks that had unicorns on them. However we didn’t have a chance to do any school supply shopping. If most homes are similar to mine, then he shouldn’t have worried because there should have been at least one pencil in the whole house that he could take on the first day of school. But it was the ritual of going to the store to buy new folders, pens, and all the trimmings that we didn’t do — and it caused a domino effect on my boy’s anxiety.

Because of this kidney stone, I wasn’t able to go pay for his registration fees and pick up his schedule. This is his third year at junior high so he doesn’t need me to walk him to all his classes and help him find his locker. But we do it every year because it is just what we do. Except this year. This year I had to pay his fees over the phone and his dad went to go pick up his schedule the afternoon before school started. By the time his dad came home from work it was long past the school’s office hours and of course, wouldn’t you know? There was a mistake on the schedule.

The Effects of Ritual

Those of us who live our lives with anxiety understand that a problem that might appear as not a big deal in real life, is actually an enormous deal in anxiety life. A mistake on a school schedule is easily corrected, but to my son that night it pushed him over the edge. He had no school supplies, the wrong schedule, and he still couldn’t find his monkey shirt. I wouldn’t go as far as saying he was falling apart, but he was far more agitated than he ever has been about school.

Of course I became overwhelmed by guilt. I should have taken him to get his supplies on such and such day because we had some spare time and I wasn’t in too much pain that day. I should have followed up with his counselor to make sure his schedule reflected what we had discussed via email. And why did I have to give him his anxiety in the first place?

That one always gets me.

My son is an amazing young man and he has already endured so much in his short life that has made him incredibly empathetic and astute. Thankfully he assured me that nothing was my fault and after we talked over how I would come to the school the next morning after my doctor’s appointment and settle his schedule, he felt a great deal better. He went to school with a spiral notebook and a pencil and did just fine.

The back to school season evokes different feelings for many different parents, all for different reasons. I am always sad when my boy goes back to school because I miss him at home. This year was far worse because it didn’t begin the way it should have started. I didn’t even get his picture under our tree like I do every single year since preschool. Does this mean I don’t have a chance to pick up where my health failed me before school started? No. But it won’t be quite the same.

Ritual and tradition is more than superstitious blind faith. It is what helps us in this family to cope with anxiety and depression, both unpredictable emotions. Ritual and tradition gives us consistency and boundaries needed to get us through not only each day but through milestone events like the first day of school. Mental illness has already taken up so much of our lives that we need to be able to take control again by knowing that there are certain things or family events that will stay the same. And while we can’t fall apart if a tradition doesn’t manifest itself in the same way every year, we can rely on its concept to help us become stronger until we can form new coping strategies.

These traditions are important to me too as his mother. A true ‘Mama Bear’, I like preparing him each school year with practicing locker combinations and walking class to class. I enjoy taking him shopping for what he needs. It feels like I am nesting him for the coming year. Mostly, I need to know he is feeling positive and confident about starting out the school year. Last year was such a difficult year for him — this year needs to be better for him.

I might not be the mother who writes notes for his lunch bag or cut his sandwiches into Minecraft blocks, but I do know what he needs. For the rest of the school year, all the little things that seem insignificant to anyone else has the potential to become monsters under his bed. And if all I have to do is make dinner at the same time each night or buy him a new monkey shirt to help him cope with his anxiety, than I will do it.

To be honest, though, I hope dinner at the same time each night will be enough. I have no idea where to buy a new monkey shirt.