When I was first married, my husband went through a phase of re-wooing me.  He became the master of The Grand Overture.  I’m not quite sure why this happened, it’s not like I needed these elaborate gifts or Big Deals.  We were married, and a sure thing.  He and I had been together since we were 16 years old and, in that time, I never expected excitement and glitter.  All I want is simplicity.  It was like he thought I was tricking him.  Maybe.

No tricks.  No hidden agendas.  I didn’t want roses when I could just as easily have sunflowers.  I grew up in a home where everything had to be perfect and museum-ready.  I didn’t want to live like that anymore.  Since I’ve left home, I think I can count on two hands how many times I have ironed something.  And I don’t want a husband to hang the moon for me when it looks just fine in the night sky.

This became not necessarily a battle in our early years of marriage, but it definitely became… an adjustment.  I would point out something pretty and say I thought it was lovely and my husband would think it was a hint that I wanted to own it.  Soon thereafter I would receive it as a gift.  While I was grateful for the gift and should have been grateful that he was “hearing me”, I grew to be frustrated that he wasn’t really “listening to me”.

It has been almost fifteen years that we have been married and we have finally settled in together.  I no longer receive expensive and over-the-top gifts from my husband and I love it.  Instead we have experiences.  He wanders around with me while I take endless pictures of flowers after flowers, and more flowers after that. 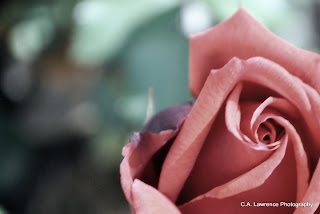 We went on a tandem bike ride in a town that we had no idea was mostly uphill until we were in the middle of the town — and halfway up a hill.  My ass has never been quite the same. 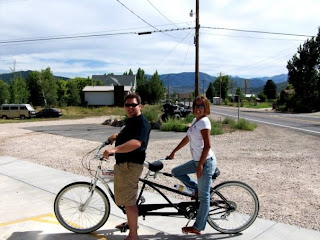 We drive around aimlessly so we can see the leaves turn. 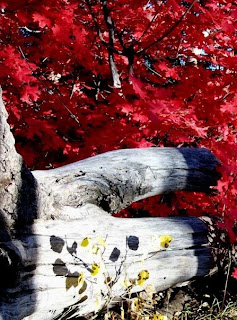 He indulged me to go apple-picking once, even though once we got there he gave me a heart attack by letting our boy climb on top of him to get the apples. 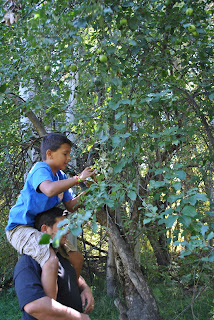 He’s going to let me redo my kitchen countertops on a whim — just because I saw an idea on Pinterest. He even joined Pinterest just because I asked him to do so.  Now I can hardly get him off of it.

He indulges me in my love for Disneyland and takes me back as often as we are able to.  In fact, he just surprised me with a trip this past weekend. 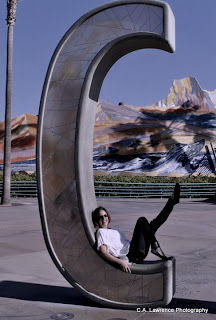 We snuck out in my dad’s ’57 Chevy for a small little cruise around the neighborhood.  A couple times.  Nobody discusses this.  Ever. 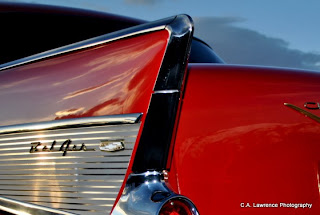 I crave these moments that sometimes feel like they’re few and far between only because I love for my children to see their parents playing together.  I want them to see their parents enjoying each other’s company.  Love and friendship should not only come in the form of gifts and tangible objects; they should be in the form of presence.  Of being together as a family, all together on Saturday mornings on our bed with the baby crawling on top of us.  This is what they will remember.  They will not care about the expensive knick-knacks in our home that they are not allowed to touch, or the walls they aren’t allowed to run their fingers along.   They will care that their home has been a safe haven where they never went to sleep hearing their parents screaming.

My home might have looked picture-perfect but it never was.

I am in love with the simplicity.  Simplicity romanced me and its calmness seduced me into living with it always.  Forever we have built a life together and we’re happy.

This post is part of the two week Scintilla writing project where we share our histories by writing our stories.   Day 8:  What are your simplest pleasures?