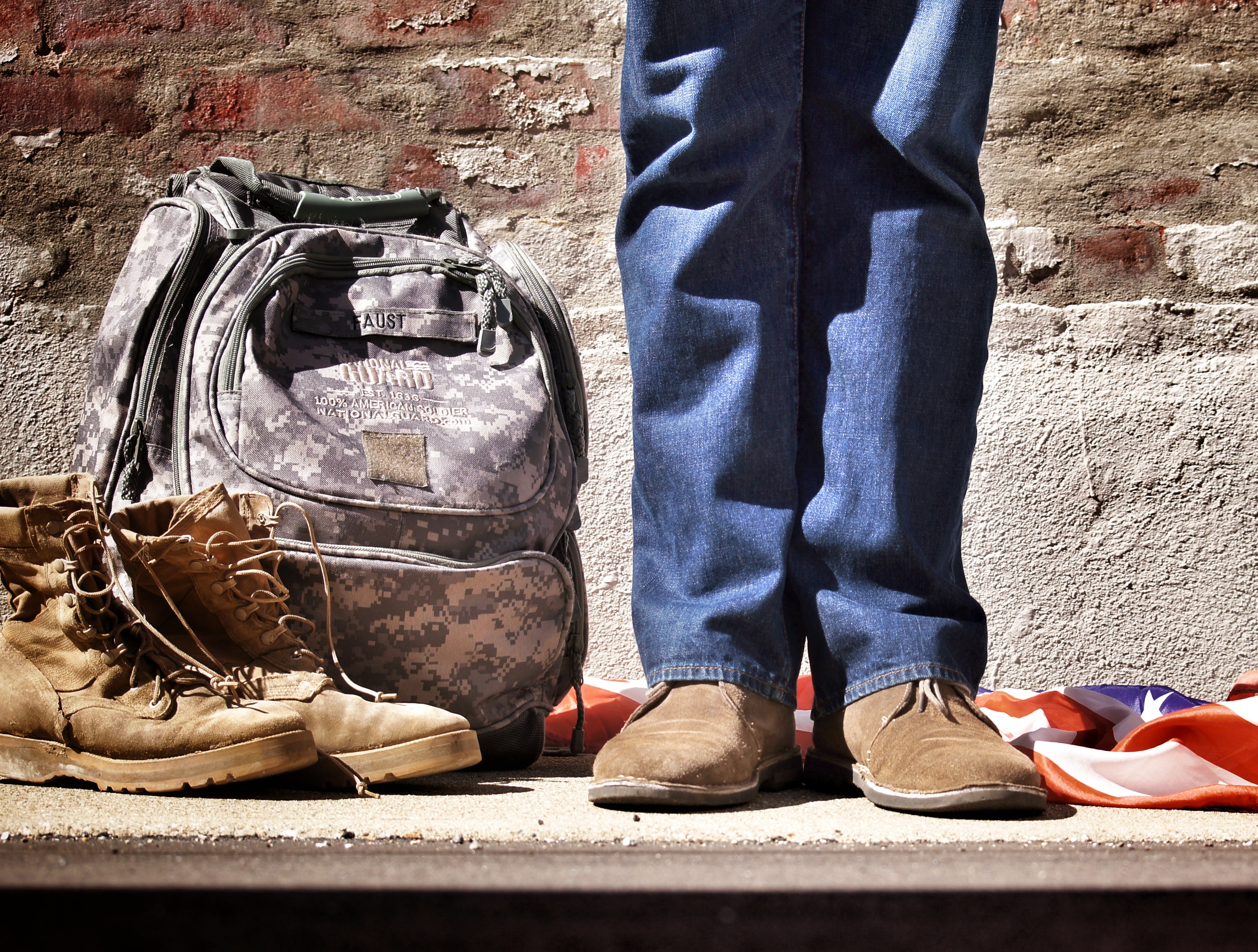 If you haven’t had a chance to read anything by my friend Bob Mueller yet, you have really missed out on some pure awesomeness. I first met Bob when he joined the Gravity Imprint back in the days of Booktrope. He republished his book The Sad Girl, a book following ex-con Danny who discovered he not only had a daughter, but his daughter had been taken by sex traffickers. I’ve had an affinity for Bob ever since because of our mutual interest in sex trafficking advocacy. Plus, he’s just an all around cool guy and I’m stoked to have him sharing a part of his life under the streetlights.

I Hope We Got it Right

Military service isn’t necessarily a long tradition in our family, but it is a proud tradition. On my side, my father served in the Army Air Corps and Air Force; his brother was a JAG attorney in Germany during some of the post-war period. My mother’s brother served in the 89th Infantry Division; her sister’s husband served in the Air Force over Europe and Korea.

On Diana’s side, her father retired after twenty years in the Army, two uncles served in the Navy and the Marines, and a cousin retired from the Army.

My son leaves for Basic Training on the 72nd anniversary of the D-Day landings in World War 2. He’s reporting for duty just a few months shy of thirty years after I did.

He’s going to the same training post that his maternal grandfather reported to fifty years ago.

I’d be lying if I said I wasn’t a little emotional about this week.

He turned 18 just two months ago. But I’m sure it was just last month when he was shinnying up the door frame as a five-year-old saying, “Hey Dad, look at this!”

Wasn’t it just last week that I asked him as a seven-year-old why there was a rope hanging out of his third-floor bedroom window? “Oh, I forgot about that.”

This is a new experience for me. Adam is not my oldest child nor my oldest son. But he’s the first son who I’ve been around for his entire life. His brother Matt stayed with his mother when we divorced, and I wasn’t the father I was supposed to be, multiple moves notwithstanding. I just wasn’t around for him.

Adam enlisted in the infantry via a delayed-entry type of program last year, intending to go on to Airborne school and join the Rangers. As he progressed through his senior year though, he realized how much he enjoyed wrenching on trucks and engines, so he changed his MOS to 91B, Wheeled Vehicle Mechanic. We thought doing so might change his departure date, but that didn’t happen, so last night, we put him on the shuttle to Oklahoma City. At some point today, he’ll get on a plane for maybe the second time in his life, and by tonight, he’ll be getting run off a bus.

It’s with more than a little melancholy I’ve been watching him go through life this last week. He’s been spending lots of time with friends and not much at home, which is much like what I did thirty years ago.

Now I’ve experienced the pain that must have caused my parents. I practically abandoned them that that last week, including a spontaneous birthday trip with one friend to see another in Columbus, almost two hours away. That turned in to an overnight trip; there was alcohol involved, unsurprisingly. A lot of my younger life was like that. Adam seems to have avoided a lot of that so far, for which I am very grateful.

We did a family dinner a few days before he left, because that’s the kind of person I am. I knew it would be the last time we’d be able to do that for a long time. He’ll wrap up Basic and AIT in mid-November, so there’s a fair-to-good chance that he won’t be around for Thanksgiving or Christmas this year. No guarantees for any of the next three, actually. That’s a big deal for me. Family dinners at holidays were important to my dad, and I’m the historian of the family, the one who likes to mark important or momentous occasions. No real surprise for a writer, that. It’s always about the story.

He’s got an open contract, so after he completes his 91B training, he could end up anywhere. I hope he makes better use of his free time than I did. In Germany, I was stationed about 75 miles from one of the villages my family came from, and never got around to visiting it, or offering to do any genealogy research for my dad.

There were so many cultural opportunities I missed out on as well. I’ve said several times to the kids that I spent two and a half years in Germany, and all I brought home was a glass boot and a tattoo. That’s really almost unforgiveable. Adam won’t have much free time at Fort Jackson, but he should have weekends free at Fort Lee, and the history in and around Richmond is rich, plentiful, and amazing.

All of this is really just dancing around the important stuff.

I’m sending my son off to the Army.

We’re proud of him. We know he’s a good kid and a good man. But he’s joining the military in a time where the military has been on a war footing for fifteen years – almost as long as he’s been alive. Peacetime was dangerous enough. I served in the Cold War “peacetime” Army, and soldiers were regularly wounded and killed in training accidents. Just this last week, a Marine pilot and at least three soldiers were killed in two different incidents. It’s a different world than it was even twenty years ago.

So yeah, we worry maybe a little bit.

And while both his mother and I know and understand the reasoning behind the break-down-and-rebuild process that happens in BCT, we hope it won’t change him too drastically. Part of what we love about him is his kindness, and his love for family and friends, and that love of friends, that willingness to do anything for the guy beside you, especially in combat—that’s one of the things that’s critical for any member of the military, and I think he’s got a good start on that. The doubts have been swirling deeper and deeper in my heart for the last few weeks. Did I teach him everything I needed to, so I can be the perfect father that society expects us to be? I’m sure I didn’t, which then makes me wonder what critical life skill I missed, and how that failure will affect him.

Did he learn everything in his schooling that he needed to? He was homeschooled throughout his life; we added vo-tech training in his senior year at the Indian Capital Technology Center here in town, a tremendous source of education opportunities. Will we find out that homeschooling failed to teach him every iota of knowledge he needs in life? No, but I’m sure we missed a few things. My hope is that we taught him how to learn, and how and where to find the knowledge he needs, even if we didn’t teach him everything.

I hope we taught him to keep his servant heart.

I hope we taught him to never quit seeking knowledge.

I hope we taught him to always be curious, and always seek adventure.

I hope we got it right. 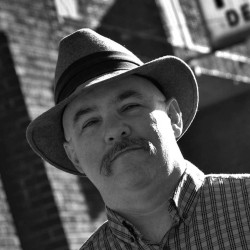 Bob Mueller
When you get right down to it, Bob Mueller writes about emotions. He finds them in his own experiences as a divorced father and family member of a sex abuse survivor, and from the people he meets. He puts himself in someone else’s shoes, and teases out their feelings. Blending that with bits and pieces of history and life experience, he crafts a story that might have been inspired by a song, or a news article. But it’s about emotions in the end.Born in north Texas and raised in southeastern Ohio, Bob is a member of International Thriller Writers, Tulsa NightWriters and Oklahoma Writer’s Federation, a father of eight, and a pastor’s husband. When he’s not writing, he enjoys reading (thrillers, historical fiction and non-fiction, and police procedurals), genealogy, and shooting. 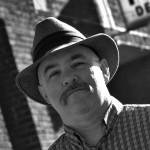 When you get right down to it, Bob Mueller writes about emotions. He finds them in his own experiences as a divorced father and family member of a sex abuse survivor, and from the people he meets. He puts himself in someone else’s shoes, and teases out their feelings. Blending that with bits and pieces of history and life experience, he crafts a story that might have been inspired by a song, or a news article. But it’s about emotions in the end.Born in north Texas and raised in southeastern Ohio, Bob is a member of International Thriller Writers, Tulsa NightWriters and Oklahoma Writer’s Federation, a father of eight, and a pastor’s husband. When he’s not writing, he enjoys reading (thrillers, historical fiction and non-fiction, and police procedurals), genealogy, and shooting.
View all posts by Bob Mueller →

2 thoughts on “My Son Left for the Army; I Hope We Got it Right”